In 1969 the Liberal government permitted abortion under certain circumstances. Abortions were to be provided only in a hospital if a committee of doctors decided that continuing the pregnancy might endanger the mother’s life or health.

The bill decriminalized homosexuality and allowed abortion under certain conditions. A related bill, introduced and passed at the same time, decriminalized the sale of contraceptives. The Act also regulated lotteries, tightened the rules for gun possession and introduced new offences relating to drinking and driving, harassing phone calls, misleading advertising and cruelty to animals.

John Turner, Trudeau’s successor as Minister of Justice, described the bill as “the most important and all-embracing reform of the criminal and penal law ever attempted at one time in this country.” Trudeau famously defended the bill by telling reporters that “there’s no place for the state in the bedrooms of the nation”, adding that “what’s done in private between adults doesn’t concern the Criminal Code”. The Criminal Law Amendment Act, 1968–69 is known in French under the title Loi de 1968–69 modifiant le droit pénal.

“Unplanned” being shown in Saskatchewan 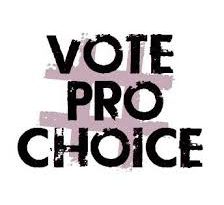